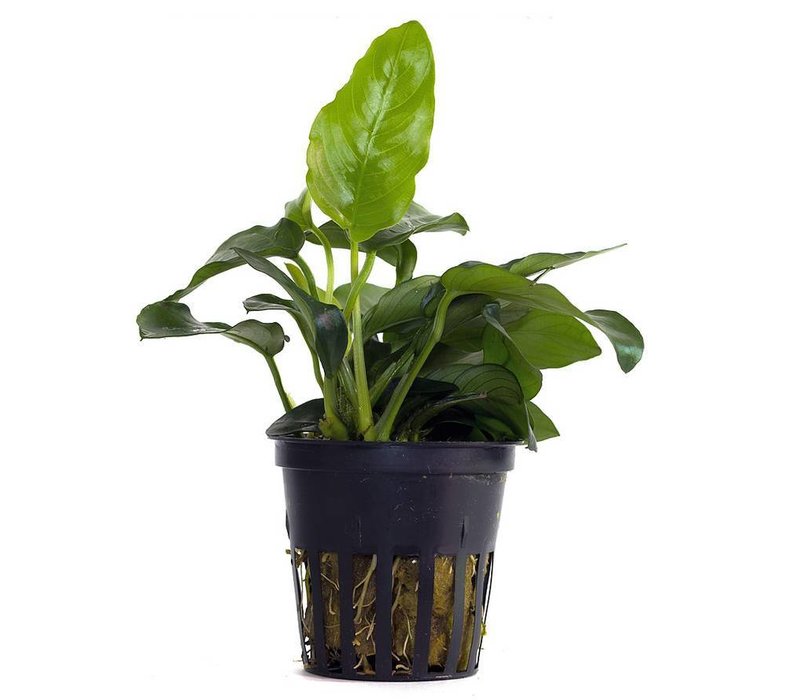 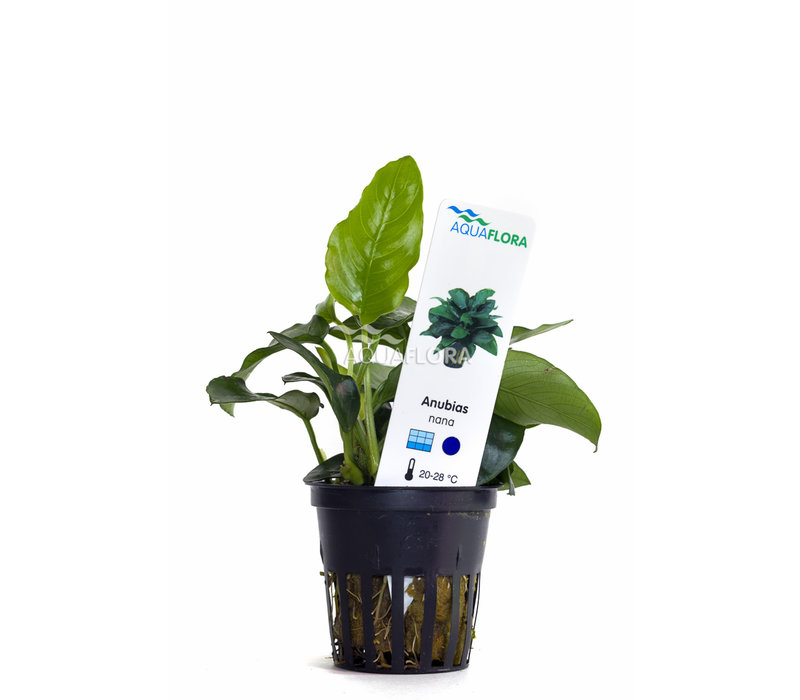 €5,95
Anubias barteri var. nana is a small Anubias barteri variety from Cameroon, long known in the aquarium hobby as robust, undemanding epiphytic plant for the hardscape (driftwood, rock). It grows under very low light (0.25 watts per litre and less) as well
Out of stock
Delivery time Call our store for our current inventory: +31 255 - 820 400

Anubias barteri var. nana originates from Cameroun, where it is found in shallow zones of forest rivers with a strong current. There is hardly any information about these locations, though. Tropica was the first to cultivate this dwarf variety in 1970 and brought it into the hobby. Anubias barteri var. nana is one of the most widely spread aquarium plants in Europe, Asia and the US.

This plant is almost indestructible in an aquarium, and is thus often called a "growing plastic plant".

The plant itself consists of a creeping rhizom from which leaves grow that may last several years. Anubias barteri var. nana is not finicky regarding light intensity and even grows under very low light (0.25 watt per litre and below) as well as under strong light (1 watt per litre and over).

It grows with or without the addition of CO2, however, a carbon dioxide fertilisation may be beneficial to its growth, as well as fertilisation via the substrate or a nutrient-rich substrate as well as the removal of old leaves.
High levels of phosphate (1.5-2 mg/l) seem to induce flowering independently of the other parameters in the tank or the health status of the plant.

High phosphate levels in combination with a good iron and micronutrient supply reduce problems with spot algae under strong light. Another way to control these algae is to place the plant in a shadier part of the aquarium.

has been added to your shopping cart
This attractive Dwarf Anubias selection is produced by the nursery Aquaflora (Netherlands) with the label 'Pangolino', however it differs from the original 'Pangolino that has smaller, narrower leaves. Therefore we call the plant 'Aquaflora's Pangolino'. 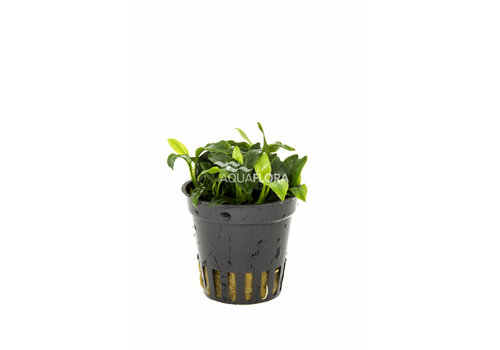 has been added to your shopping cart
This mini Anubias is new in trade and submerged only half the size of the already very small Anubias barteri var. nana 'Petite' and 'Bonsai'."Mini-Nana" has considerably smaller leaves than standard A. barteri var. nana or even the "Petite", however, it i 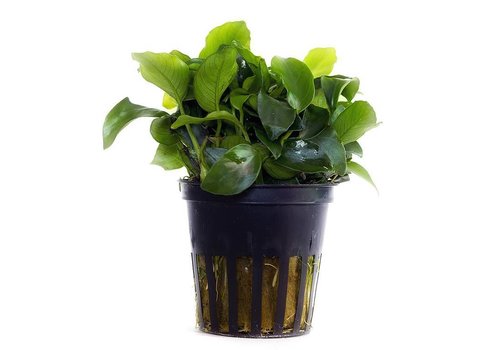