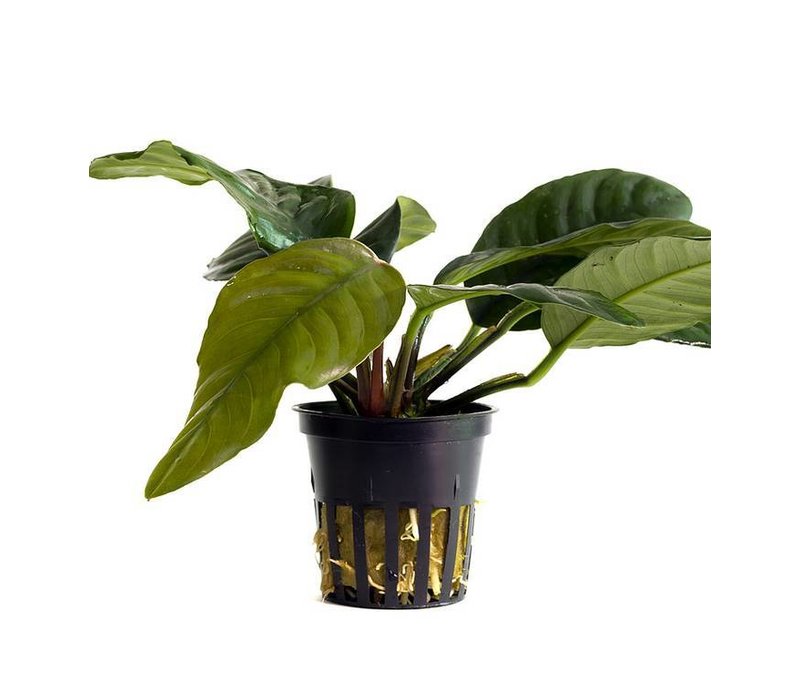 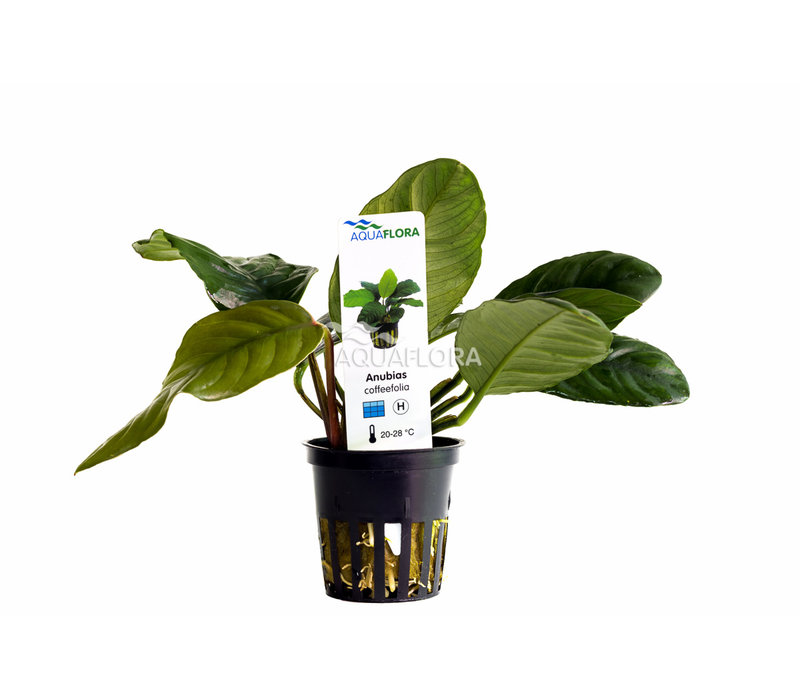 €5,95
This especially distinctive variety of Anubias barteri is also known under trade names such as Anubias barteri "Coffeefolia". Its bullate leaves resemble those of the coffee shrub.

The Coffee Leaf Anubias gets bigger than the Dwarf Anubias. It is a rob
Out of stock
Delivery time Call our store for our current inventory: +31 255 - 820 400

This plant from the Anubias barteri complex was long known as Anubias barteri "Coffeefolia" or "Coffeifolia". Recently, Christel Kasselmann (2010) described it as a variety (var. coffeifolia) or Anubias barteri. It can be discerned from other A. barteri varities by its orange-brown sprouting leaves that turn dark green later on. Its new leaf stalks are brownish red, and the tissue between the lateral veins is strongly arched, which strongly reminds of the leaves of the coffee bush (Coffea).

This plant grows very slowly when cultivated sumbersed. It has a creeping rhizome and should (like all other varieties of Anubias barteri) be bound to rocks or driftwood with twine. There it will attach itself with its roots. Its emersed form can be quite decorative in shaded areas of paludaria, too.

has been added to your shopping cart
Anubias gracilis is a bigger Anubias species that occurs as a seasonally flooded plant along rainforest rivers of West Africa. With its triangular leaf blades and long, slender petioles it is an especially elegant Anubias species. 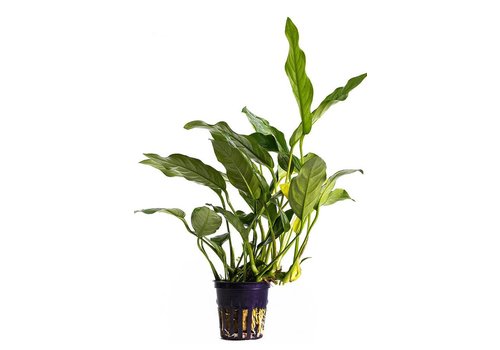 has been added to your shopping cart
This Anubias variety is best used in the background of larger aquaria. It is very distinctive with its long stalks and unique leaf base shape. Older leaves form arrow-shaped leaf blades, which are not visible when the plant is still juvenile. 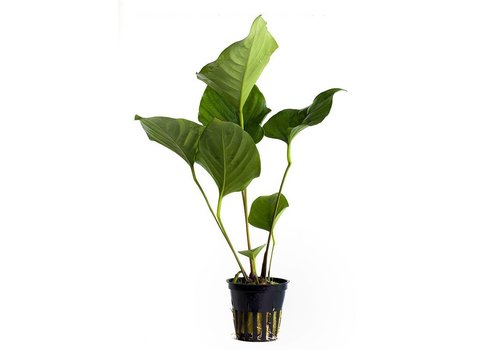 has been added to your shopping cart
Anubias heterophylla is a medium-sized Anubias from the tropical rainforests of Central Africa. There it grows on rocky ground on the edges of shady streams, partly also submerged. 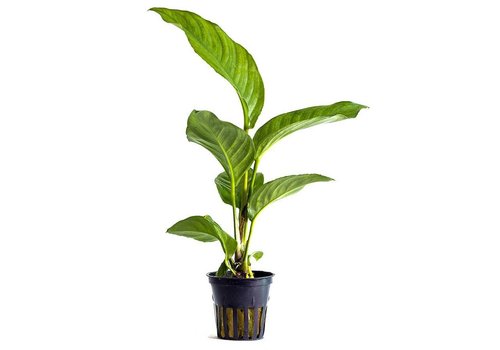