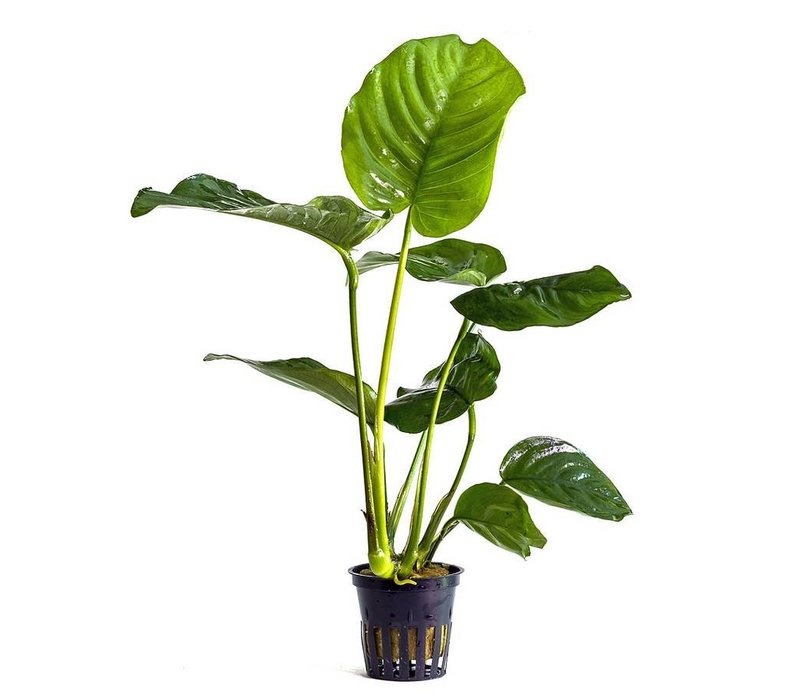 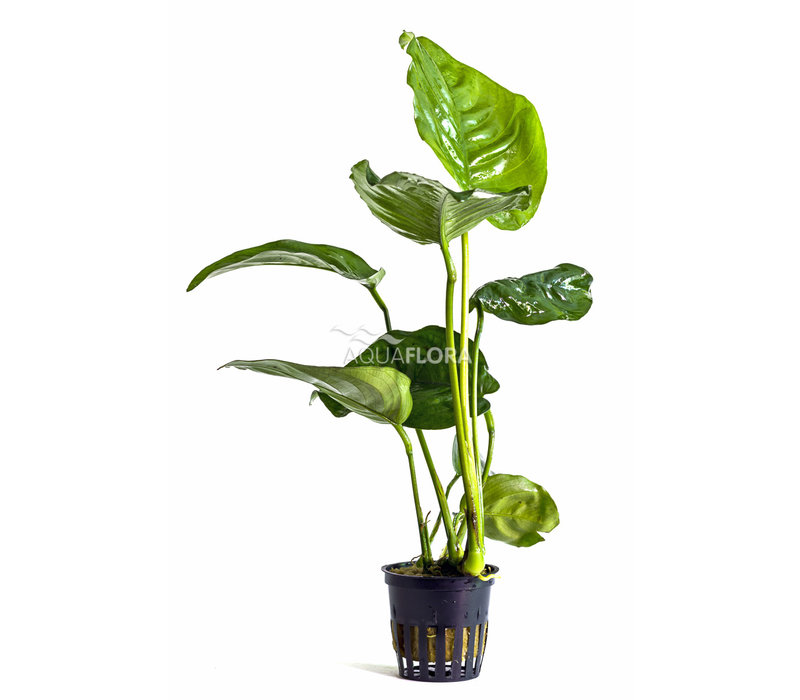 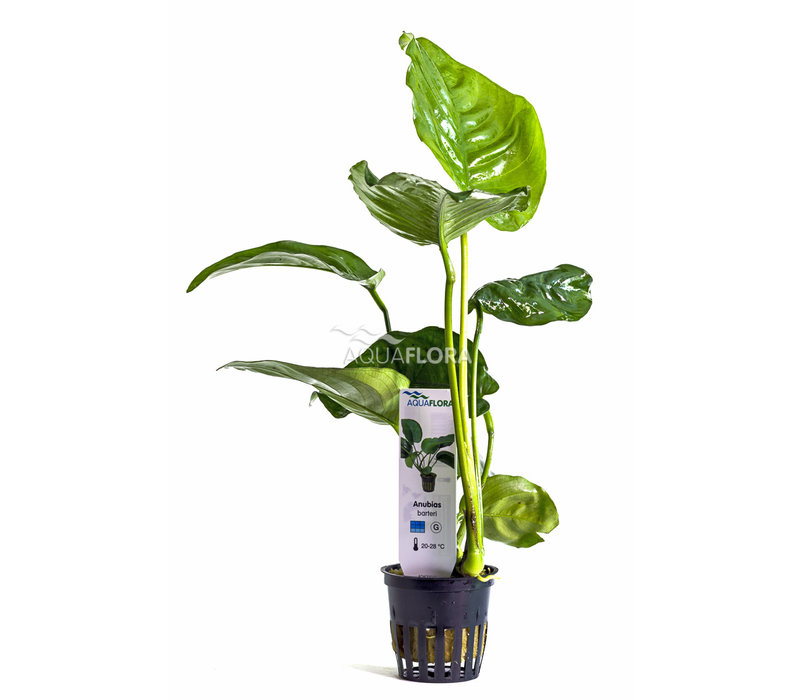 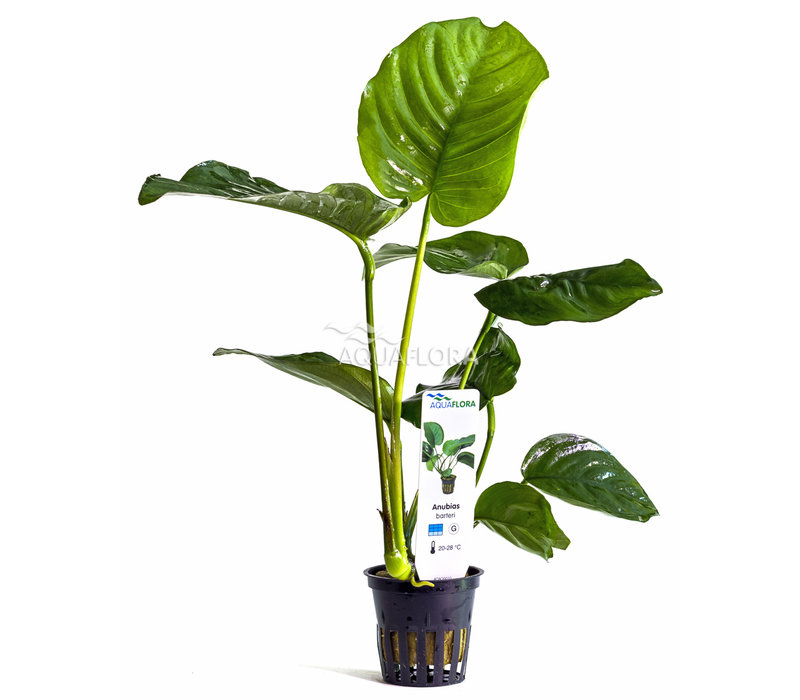 €5,95
Anubias barteri var. barteri, named after the plant collector Charles Barter, is a very common, popular aquarium plant, mostly due to its uncomplicatedness.In its natural habitat this plant grows on and in more or less shady, rapid-flowing rivers and rivu
Out of stock
Delivery time Call our store for our current inventory: +31 255 - 820 400

Anubias barteri var. barteri, named after the plant collector Charles Barter, is a very common, popular aquarium plant, mostly due to its uncomplicatedness.

In its natural habitat this plant grows on and in more or less shady, rapid-flowing rivers and rivulets in south-eastern West Africa. Here it often grows on large rocks or fallen tree trunks, firmly attached, above the waterline or semi-emersed, more seldomly fully submersed.

In the trade, this species is very commonly found. Smaller specimens of Anubias barteri var. barteri can be discerned from A. barteri var. nana quite easliy as their leaves have longer stalks.

Anubias barteri var. barteri is highly tolerant against bad growth conditions, it can live under very low lighting (0.25 W/L) and withough the addition of CO2. However, under lots of light and with CO2 added to the tank it grows faster and forms larger leaves. Water hardness and pH do not play an important role. A strong current is of advantage and helps preventing spot algae, especially under strong light. In order to reduce spot algae even further, high levels of phosphate are recommendable (2 mg/l), which also help with flower formation.

In contrast to the highly popular Anubias barteri var. nana, the rhizome of this variety tends to grow upright instead of along the substrate.
Its growth rate may be described as "slow" at best, however, A. barteri var. barteri belongs to the fastest-growing Anubias species.

has been added to your shopping cart
Anubias afzelii originates from West Africa. It is a great aquarium plant because it is so strong and easy to grow. The upright and fairly long green leaves give it a graceful appearance and it makes a good addition to any aquarium, including planted disc 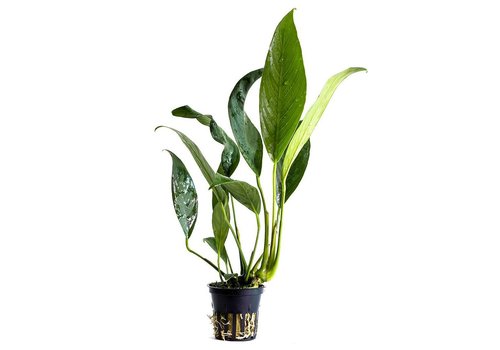 has been added to your shopping cart
This small Anubias cultivar has young leaves with lemon yellow colour. The older leaves are light green. 'Golden Heart' is also sold under the cultivar name 'Gold'. It has the leaf shape and size of standard Anubias barteri var. nana. 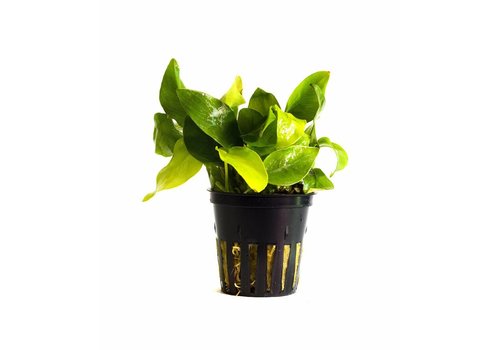 has been added to your shopping cart
This especially distinctive variety of Anubias barteri is also known under trade names such as Anubias barteri "Coffeefolia". Its bullate leaves resemble those of the coffee shrub.

The Coffee Leaf Anubias gets bigger than the Dwarf Anubias. It is a rob 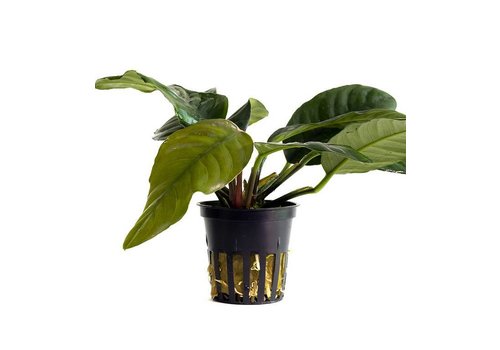